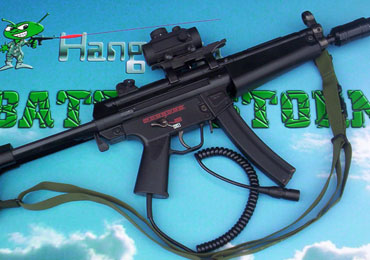 This is a replica of the Heckler & Koch MP5 submachine gun with a retractable stock. Originally developed in the late 1960's, the MP5 is the most famous and widespread firearm of its class (submachine gun). Since its introduction, it has been adopted by many police, security and military forces around the world including the British elite SAS.