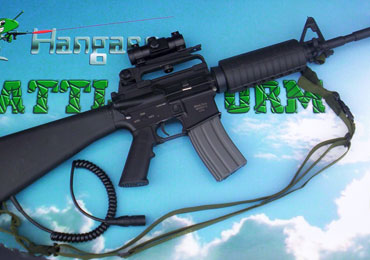 The M16 assault rifle entered service with the US army in about the mid 1960's. When first issued to US troops in Vietnam it was found to jam badly, resulting in numerous casualties. However, by the late 1960's these problems began to dissolve and the M16 is now considered one of the best assault rifles in the world. This is a replica of the A4 carbine variant with a fixed stock.