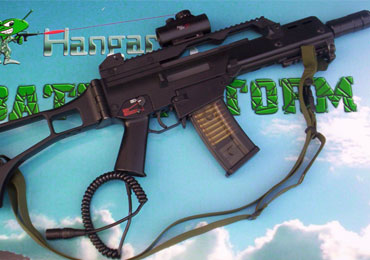 This is a replica of the G36C assault rifle, developed by Heckler & Koch for the German Army in the early 1990's. It has been found to be accurate, reliable and simple to operate. Consequently, it has been adopted by various Law enforcement agencies across the World, including the British and US police. It is also rumoured that it is been considered as a light assault weapon by the US Army to replace the unsuccessful Colt M4.